10 Best Wireframe Tools for Designers in 2021 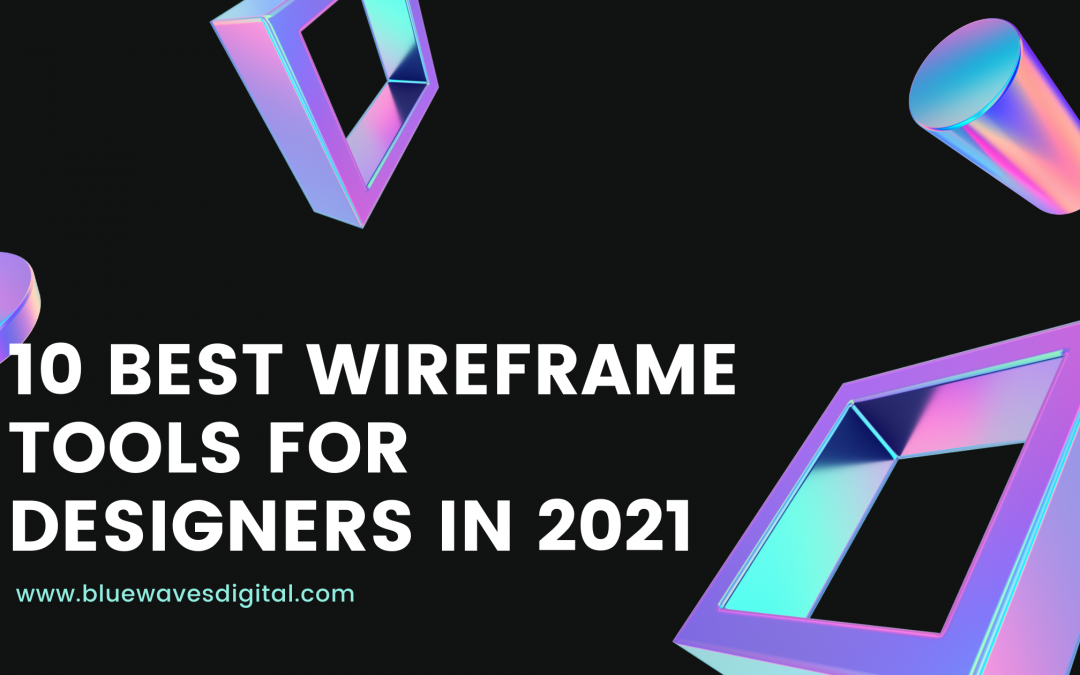 Wireframes allow designers to work out the basics of a page’s interface.

The process is to make a blueprint for your website. It may be simple or complex depending on the type of website you are creating, but wireframe tools can help you in both cases.

By creating a wireframe, it is helpful to focus on a website’s design foundations.

A wireframe tool allows designers to quickly and effectively mock up an outline of a design. Ultimately, it helps create a great user experience.

Let’s see some of the best wireframe tools in 2021.

Following are the best tools for wireframing in 2021:

Let’s look at them in more detail.

It is an online designing tool that helps us create all types of graphic designs. It offers one of the best UX/UI wireframing features on the market.

You can directly upload custom images to this platform. It also has an amazing feature named “drag and drops” that enables non-professional to create wireframes rapidly.

However, it has a drawback.It is doesn’t let you make a local file storage, which isn’t a big problem if you like to work online.

This tool was previously known as the Real-time board tool. It is a digital whiteboarding collaboration tool for the distribution products.

It offers infinite canvas, which means that designers can easily create as many wireframesas they need. Miro is an amazing tool for designers to create wireframes and collaborate at the same time.

However, it doesn’t provide custom template support for branded teams. According to many professionals and designers, it’s probably the biggest drawback of Miro.

Designers can create prototypes with the help of this online tool.

You can use its multiple templates and libraries during the design process. It lets you create effective UIs and icon vector design on a Mac device. So its major drawback is that it’s not available for Windows.

It doesn’t combine with the Adobe suite of products which is a trouble for many designers.

It is more popular than many other tools in the list because of its diagramming and data visualization features. A huge number of people are using it (approximately 9 million).

It has a drag and drops feature. It also offers plenty of integrations to different software suites like Amazon, Google, etc.

This tool has one drawback. It provides employee organizational chart feature but it’s not that good.

Cacoo is a diagramming-centric tool having a feature to create diagram while prototyping. Its useful and popular feature is the one file format, such as PNG, PDF, PPT.

It also has a collaborating feature that enables designers to edit in the tool together. It has plenty of templates and libraries to create networking diagrams, flowcharts, etc.

Many users have also mentioned that the building block of this tool don’t offer a great UI. Some have termed it as “too much simple to use.

Any list of of design tools will be incomplete without an Adobe product.

Adobe XD provides designers and professionals to create all types of concepts in the UX/UI toolbox.

Its responsive resize feature provides designers the ability to resize different objects for apps and mobile views. It also offers one file format as Cacoo does.

It is a also collaborating tool so it allows designers to tag group mates in real-time directly in comments, reviews, etc.

It has a drawback. Too many features under one roof can be overwhelming for some designers.

It is a wireframing software for design teams. It gives 30 days free trial also which is great if you want to test things out before subscribing to a plan.

It offers different kinds of tutorials and online resourcesto learn the basics of wireframing.

However, it doesn’t have a lot of functions as compared to some of its competitors.

Few designers have complained that this tool uses terms that are difficult for beginners to understand.

It is a web-based prototyping tool for UX/UI. It also collaborates with other tools for detailed mockups.

With a library of approximately 2k desktop elements for fine designs it becomes a favorite tool for many designers.

However, it is slow to use sometimes, which is why it’s not a perfect tool.

The best thing about this tool is that it is free to use. All other tools in the list are either paid or provide free trials. But you can create wireframe to visualize your concepts for free if you are on a tight budget.

It geared more towards smaller teams. This tool also lacks some good features. But we can’t complain as it is free.

It is a prototyping tool that can be used to work on wireframes, diagrams, flowcharts, graphs, and more.

What makes it stand out is its icon library.It also has an easy-to-learn and intuitive interface.

Best Wireframing tool for you

The best wireframing tool depends on your needs and budget.Just be sure to check out all the features and reviews of the tool you are interested in.You don’t want to spend money on a crappy tool.

This article will help you make the right decision. If you are still confused about which wireframe tools to choose, you can ask me in the comments. I’ll be happy to help.

Steal My Top 5 Twitter Tools to Accelerate Growth In 2021

SEO Tools: 5 Free SEO Tools You Can Use Today