TikTok, formerly known as Musical.ly, came to the US in 2018. If I say that it took the country by storm, it wouldn’t be an exaggeration. However, its reach is not confined to the US alone. You’ll find its popularity in many countries.

Finally, there’s a rival that is competing for audience engagement like YouTube does. TikTok’s growing popularity gave YouTube, one of the biggest websites in the world, many concerns.

The short-form videos of TikTok are the next big thing now. Inspired by TikTok, Instagram launched its similar tool Reels. Following the footsteps of Instagram, YouTube rolled out a similar feature called YouTube Shorts in March 2021.

Funny thing: when you open App Store, TikTok effortlessly anchors the number one spot. But right after that, there are two apps from two of the world’s biggest companies: Facebook’s Instagram and Google’s YouTube. These two companies must be dying to get to the number one spot.

TikTok grew popular around the world so quickly. This app got millions of downloads in virtually no time. The reason being its cool short-form videos that are famous among young audiences. Video streaming services of the past were stunned by their growth.

The app beat competition from adjacent apps easily and become the most downloaded app of all time in the App Store. But this wasn’t taken lightly by big names. Facebook launched Instagram Reels.

Google was not behind either. It launched YouTube Shorts. This seems more curious as YouTube is the ultimate video platform of the world. Sure, Instagram is big, but does it compare with YouTube when it comes to videos? It’s a far cry.

According to YouTube, Shorts is “a new short-form video experience right on YouTube for creators and artists who want to shoot short, catchy videos using nothing but their mobile phones.”

There’s no doubt that YouTube Shorts is going to be a tough competition for TikTok. But how bad will the impact be?

TikTok has over two billion downloads, so it’s one of the biggest social media out there. But we also know that YouTube already has a user base and tons of loyal viewers who love the platform.

YouTube made a smart move by launching Shorts in India because India banned the app there. TikTok and 58 other mobile apps were banned there because it deemed harmful to the “sovereignty and integrity of India.” That’s a highly controversial topic, but it gave YouTube a competitive advantage.

Now they have brought Shorts to the US with more features and improved user experience.

You can record 15-second long videos (and longer) on both platforms which makes them similar in a sense. You can also add videos from outside the app. You also get other features like uploading music, adding text, changing the speed, etc.

For years, YouTube has been credited with giving the world creative people. Among them include stars such as Justin Bieber. The Shorts is also likely to give many celebrities (even if it doesn’t give the next Justin Bieber).

You can find Shorts in a separate section on the Home tab in the YouTube mobile apps for Android, iPhone, and iPad. These short videos have a different experience than the typical YouTube videos.

As they are short, you can flip through them. They start playing one after the next as you open a short. You can also swipe through them manually.

These short-form videos are fun. Especially if you have little time, you can watch them instead of browsing regular videos. Sure, they will make YouTube more enjoyable? But…

YouTube is not a traditional social media app. This factor will be huge in deciding Shorts’ success.

On TikTok, you can create, watch and even share videos with friends. YouTube is different. In addition, you won’t get communication through instant messaging on YouTube.

This feature is of vital importance. Younger audiences want to communicate and share viral videos. As YouTube doesn’t give this feature and isn’t entirely based on creating, watching, and sharing Shorts, the platform’s new feature will find it hard to reach TikTok’s success.

One of the other major issues Shorts will have is the fact that it’s built into the existing YouTube experience. There’s no dedicated app. This may turn away those who prefer focused access to quick content. However, this can also turn out to a positive thing by connecting long and short-form content.

If we include the third rival, Instagram Reels, in the comparison, YouTube Shorts has a better chance of success than Reels. It may have the advantage of YouTube’s monetization model. So creators will be drawn to it as it can turn out to be a good source of income.

But let’s talk about YouTube vs. TikTok alone. If YouTube doesn’t work on or promote Shorts aggressively, people might not find it as appealing as TikTok.

What are your opinions on YouTube Vs TikTok? Let me know in the comments below.

TikTok Ads – Everything You Need To Know For 2021

TikTok Marketing – How to Navigate This Platform In 2021 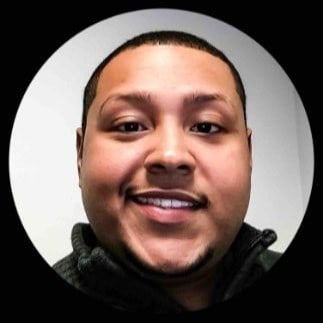